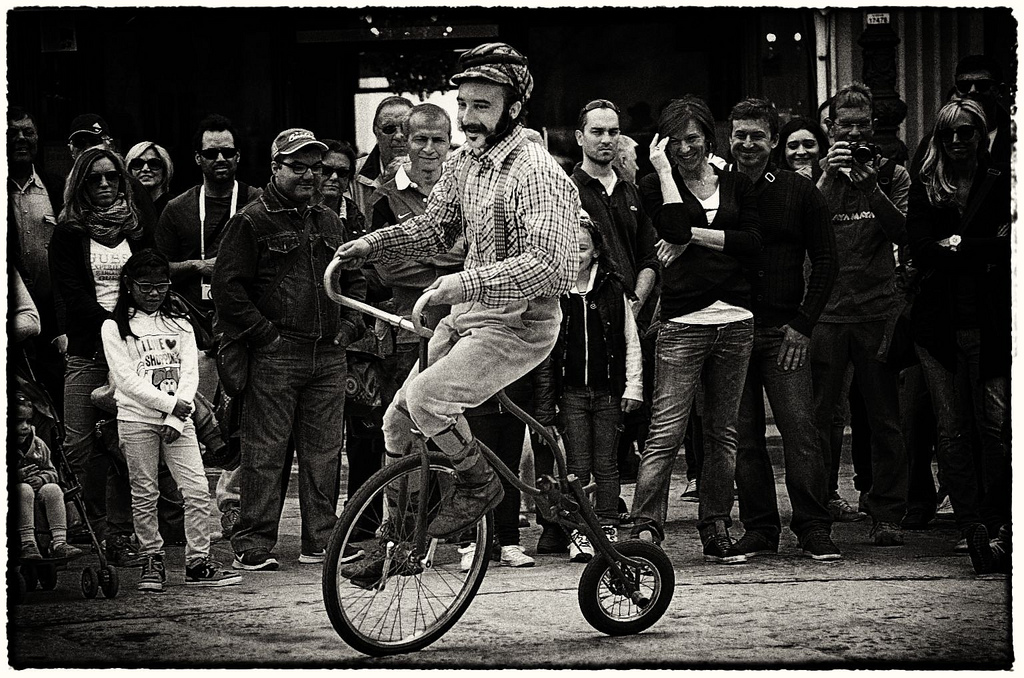 Photography has always been the sharpest way to let people sees what’s sorrounding them daily and they are blind at.

Street photos tell us about daily life. Habits makes us blind in front of our cities, neighbors and lifestyle. Many great photographers of the past have left stunning photos of their time and this made of Street Photography a kind of reportage and documentation pathway of time, habits and history.

One of the widest problem is to take photos of common people on the street without “scaring” anyone.

If you go around and point a camera in front of someone, he/she would for sure act/react and change their natural behaves… Habits will change as people realize to be targeted by a camera. More in details there is also a problem with privacy. But in a general speech, a photo of a wide city view that involve a lot of people would/could mean none is the specific “target”.

One of the best solution to solve this is to have with you a not so heavy camera, with an average wide lens (max 50mm) and really have a good knowledge of it, hold it naturally and do not look in the viewfinder to shoot your photos.

With a 20mm it’s quite easy to point and shoot without looking in the viewfinder.

To avoid the Bokeh effect I suggest to use a fix Aperture. Something like an F/11. It means that according to the lens, there will be a shallow bokeh in anything that’s from 1,5mt-almost to really far away.

It’s always possible to use a zoom lens, using 18-50mm on a crop sensor camera or 24-70mm on a full frame sensor. This choice would require some testing and, but this would made of the camera something really more visible to the local environment. Most of all a zoom lens lead you to use the viewfinder of your camera and almost anyone would notice you pointing in their direction.

To have an idea of what is the focus range filed at a certain aperture it’s worth to give a look to the lens barrel. And it’s this the reason why a wide prime lens like 20 to 35mm are more indicated for this kind of photo technique. 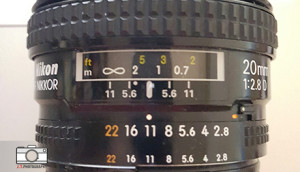 For instance on a 20mm prime lens at the same F/11 aperture with a target at 1,5mt (4ft), the focus range include almost anything (from 0,5mt to “infinite”). This is not meaning a full sharp image at any distance, but allow to avoid focusing during shoot.

Whit this kind of information, and having an average clue of what you are looking for, it’s possible to disable the auto-focus system on the camera so that point-and-shoot would be faster and there would not be any focusing delay to capture the framed view.

Managing exposure requires a little more work. In Aperture Mode (A on the Nikon, Av on Cannon…) would let you set once for all the Lens Aperture.

As a lens is wide open, that means lower values f/1.4 or f/2.8, there will be a higher Bokeh effect (blurry objects out of the focus area). With a half way close lens, for instance f/11 or f/16, it’s possible to have a wide depth of focus area.

ISO is the son of film photography, but it’s still the core of photography. ISO determinate the sensibility of the film. It could be defined for the sensor as the amount of light that they would read.

Setting up ISO is not that hard. Almost all camera allows to access the ISO value and regulate it to a desired value. In full daylight 100 ISO for generic photography is a good choice. In the early morning or close to sunset rising up ISO could help to have good shutter speed.

Shutter speed is the last variable. To have a sharp image holding a camera in hand, without tripod, shutter speed should be 1/125 or 1/200 of a second. To reach this value it’s the case to do some testing on exposure. Are you in narrow shady Venetian “calle” or in a wide avenue, on a beach or in a pub, your first test is to look in the viewfinder and read your metering system to detect the correct ISO, then point shoot and have fun.

After all these considerations, a good start to street photography would let you suggest to move to work with Aperture Mode, set aperture to an F value among /8 to /11, and use an appropriate ISO settings. Set your camera focus on something between 5 and 15 meters away and do some exposure test. Using metering on the entire scene or on a small area would lead your photo to highlight the whole contest or a single area. This is a personal choice, but if your photo technique doesn’t allow you to look thru the viewfinder a metering on all the frame area could work fine. With a generic 400 ISO could be easy to have shutter speed close to 125 or 250 and more. This could guarantee sharp and stable images where people and objects in motion would not have a long blurry tail.

1.- Aperture (F number): how close and far would be the depth of field limits, the focus range
2.- ISO: how much light is read by the sensor
3.- Shutter speed: get sharp or motion blurred images

The latest advices are about White Balance (WB) is you like to shoot in color rather then in black and white.

Mainly street photography are taken in daytime, and the setup could be set to sun almost al time, while you could go for sunset evening (in natural light).

In Kelvin, daylight would be around 5000 to 5500 in summer, early morning in a bit lower than 6000k, while sunset is around 4000K. This could help a bit your composition and lead your photo to have more realistic color. In Raw shooting it’s possible manage exposure and white balance in post production.

My suggestion is to shoot in continuous Mode (burst) and Raw format.

There is something that’s happening near you, not just the light or the street itself, fine, doing a continuous shoot can increase your chance to have some nice photos, tell the story, explain what’s happening. While shooting in Raw format offers you better chances to post produce the image you have and gives a big advantage on JPG images. 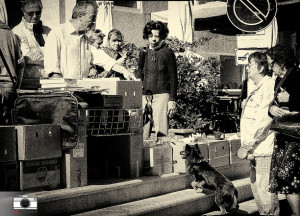 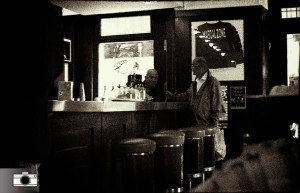 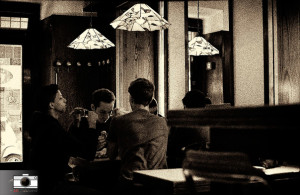 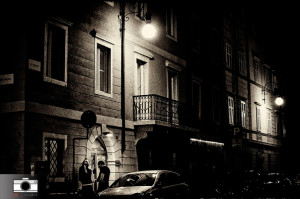